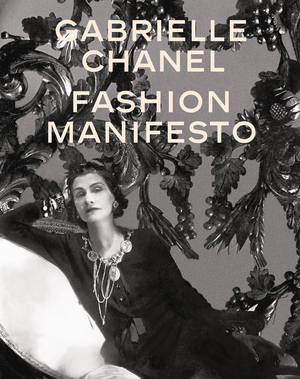 A richly illustrated, in-depth retrospective of the life and work of fashion icon Gabrielle Chanel.

A revolutionary fashion icon, Gabrielle “Coco” Chanel can lay claim to inventing modern women’s fashion. At the beginning of the twentieth century, she stripped women of their corsets, bobbed their hair, and sent them out into the sun to get a tan. She introduced the little black dress, created women’s trousers, and produced the exquisitely made suits that became her trademark. She designed the first-ever couture perfume—No. 5—whose square-cut, cubist bottle became a symbol of art deco style, and which remains the most popular scent ever created. Her ideas on elegance and what it meant to be a modern woman created an immutable sense of style that still resonates today.

Published to accompany a landmark exhibition in Paris, Gabrielle Chanel chronicles the designer’s life from birth through the evolution of her timeless style. Specially commissioned photographs by Julien T. Hamon showcase her designs, while essays from fashion historians complemented by rare archival documents, including pictures of Chanel herself, paint a portrait of the designer in her time. This volume is a must-have for all fashion fans and students.

Lush and revealing… The abundant archival photographs include many rare images, and well-selected quotations capture Chanel's wit and revolutionary aims… The fashion icon's many fans will cherish this engrossing retrospective of her life and work.

Miren Arzalluz is the director of the Palais Galliera, a fashion museum in Paris, France.