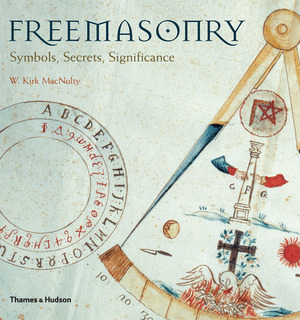 The ultimate book on Freemasonry, with a rich collection of symbols and lore that illuminate the famous fraternal society.

"The Craft," with an estimated four million Freemasons worldwide, remains the largest fraternal organization in the world. Written by an active Freemason, this book comprehensively explains Freemasonry through its fascinating visual culture, rich in mysterious and arcane symbols of life, death, and morality that have evolved over centuries of secrecy and that have profound philosophical meaning.

Ceremonial regalia, paintings, manuscripts, tracing boards, ritual swords, furniture, prints, ephemera, and architecture: the book is copiously illustrated with many specially researched items from Freemasonry archives. This unrivaled compendium will appeal both to Freemasons wishing to learn the full story of their order and to a general audience that is intensely curious about this traditionally secretive and closed movement.

W. Kirk MacNulty has been a Freemason for over forty years and is a member of three lodges in the United States and England. His books include The Way of the Craftsman, Freemasonry: Symbols, Secrets, Significance and Freemasonry: A Journey Through Ritual and Symbol. He lives in Arlington, VA.