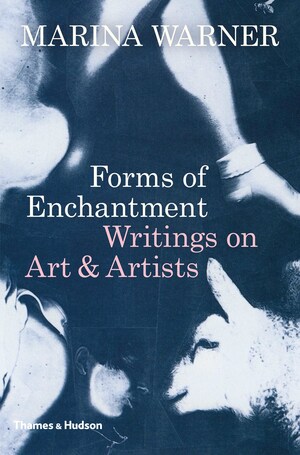 An anthology of enlightening writing by an award-winning critic that engages with art in its social, political, and aesthetic contexts.

Art writing at its most useful should share the dynamism, fluidity, and passions of the objects of its enquiry, argues author Marina Warner in this new anthology. Here, some of Warner’s most compelling writing captures the visual experience of the work of a diverse group of artists—with a notable focus on the inner lives of women—through an exploration of the range of stories and symbols to which they allude in their work. Warner vividly describes this imagery, covering the connection with animals in the work of Louise Bourgeois, the Catholicism of Damien Hirst, performance as a medium of memory in the installations of Joan Jonas, and more.

Rather than drawing on connoisseurship, Warner’s approach grows principally out of anthropology and mythology. Accompanied by illustrations of the works being described, Marina Warner’s writing unites the imagination of artist, writer, and reader, creating a reading experience that parallels the intrinsic pleasure of looking at art. This book will appeal to any student of art history, those interested in philosophy, feminism, and more generally in the humanities.

Dame Marina Warner is a celebrated writer and critic. In 2017 she was elected President of the Royal Society of Literature in the United Kingdom, and was Chair of the judges of the Man Booker International Prize in 2015. She won the National Book Critics Circle Award for Criticism in 2012, as well as the Truman Capote Award for Literary Criticism and the Sheikh Zayed Book Award in 2013.