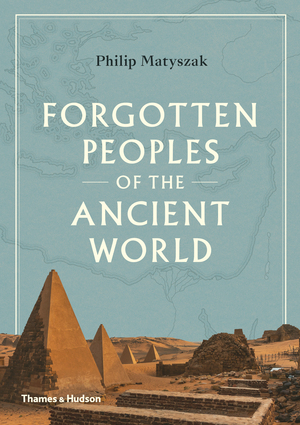 A chronicle of forty forgotten ancient civilizations which highlights the important contributions that each has made to modern society.

The ancient world of the Mediterranean and the Near East saw the birth and collapse of great civilizations. While several of these are well known, for all those that have been recorded, many have been unjustly forgotten. Our history is overflowing with different cultures that have all evolved over time, sometimes dissolving or reforming, though ultimately shaping the way we continue to live. But for every culture that has been remembered, what have we forgotten?

This thorough guide explores those civilizations that have faded from the pages of our textbooks but played a significant role in the development of modern society. Forgotten Peoples of the Ancient World covers the Hyksos to the Hephthalites and everyone in between, providing a unique overview of humanity’s history from approximately 3000 BCE-550 CE. A wide range of illustrated artifacts and artworks, as well as specially drawn maps, help to tell the stories of forty lost peoples and allow readers to take a direct look into the past. Each entry exposes a diverse culture, highlighting their important contributions and committing their achievements to paper.

Forgotten Peoples of the Ancient World is an immersive, thought-provoking, and entertaining book for anyone interested in ancient history.