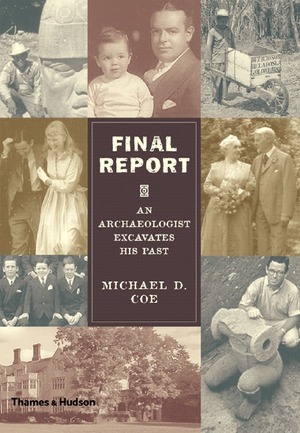 "A moving autobiography, an exciting account of the rediscovery of vanished civilizations, and unforgettable portraits of the argumentative archaeologists who made those rediscoveries. Enjoy!"Jared Diamond

For more than four decades, Michael Coe has been at the forefront of American archaeology. His research on the Olmecs and the Maya has had a decisive effect on the way we think about Mesoamerican culture, and his acclaimed books have introduced archaeology to a popular audience. Now, in an act of personal excavation, Michael Coe looks back on a remarkably diverse life.

For one whose life's work meant overturning many previously held assumptions about the past, Coe's early years were quite traditionally American. The Coes were a well-to-do Long Island family, and Michael was born to a privileged lifestyle. He was an indifferent student in college, and it took some time before he settled on archaeologytime that was occupied by a stint in the CIA, stationed on the China coast and in Taiwan, and travels to Thailand and Sri Lanka.

Beginning in 1955, when Coe entered the Graduate School of Harvard University, he committed himself to the civilizations of ancient America. He worked on the front line of a generation of archaeological discovery, research, and interpretation that has profoundly altered and enhanced our vision of ancient Mesoamerica. His quest to penetrate archaeological puzzles and mysteries has led him on some extraordinary adventures: digging in remote Guatemala in grueling conditions; investigating, dating, and defining the little-known Olmec culture.

Coe has always had plenty of enthusiasm to sparefor his wife, Sophie, and five children, and the dilapidated Massachusetts farmhouse that they restored; for art collecting; for fly fishing (an obsession that has taken him from the tropics to Siberia); and for travelto Russia under Brezhnev, to Angkor Wat after the Khmer Rouge. Now, with the publication of his memoirs, the general public will recognize what his colleagues have always known: here is a man of brilliance, humor, and charm, who has lived his life as an ebullient adventure. 41 illustrations.

Michael D. Coe is Professor Emeritus of Anthropology at Yale University. His books include The Maya, Mexico, Breaking the Maya Code, Angkor and the Khmer Civilization, and Reading the Maya Glyphs. He lives in New Haven, Connecticut.