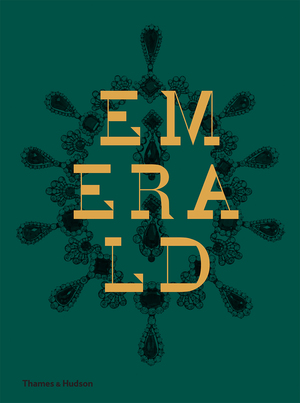 An ambitious, lavishly illustrated survey of the most valuable of precious gems

Sparkling, glittering, and gleaming, emeralds are gemstones twenty times rarer than diamonds. In the first section of Emerald, we see pieces worn by celebrities ranging from Elizabeth Taylor and Angelina Jolie to royals such as Princess Diana, all alongside classic images of emeralds from art, advertising, and fashion.

The second part of this major volume showcases more than thirty of the world’s most significant and famous pieces of emerald jewelry, including many previously unseen designs from private and royal collections. Historic creations that are almost 5,500 years old are represented alongside modern jewelry houses, including Cartier, Boucheron, Bulgari, Harry Winston, and more.

The third and final part tells the story of the emerald trade from mine to market, illustrated with specially commissioned photography from across four continents.

In this glittering book, the emerald proves to be a protagonist faceted and bewitching as any human character.

A celebratory look into the gemstone and its cultural heritage.

Gemologist Joanna Hardy traces the history of emerald jewels from the pyramids of ancient Egypt to the necklines of Angelina Jolie and Elizabeth Taylor.

Tells the story of the magnificent gem that is twenty times more rare than diamonds. Packed with hundreds of examples of fabulous emerald jewelry.

Fabulous…Connoisseurs, experts, princes, and movie stars reveal their experience of possessing emeralds in these pages.

Joanna Hardy is an independent gemologist and jewelry specialist, formerly of De Beers, Philips, and Sothebys. She lectures widely and writes for many international magazines and newspapers.

Jonathan Self has written for The Times and Vanity Fair, and is the author of over a dozen books.

Hettie Judah is a British author who has written extensively about fashion, art, and design for various international publications. Recent books that she has edited include Pattern: 100 Fashion Designers, 10 Curators and Art & Queer Culture.