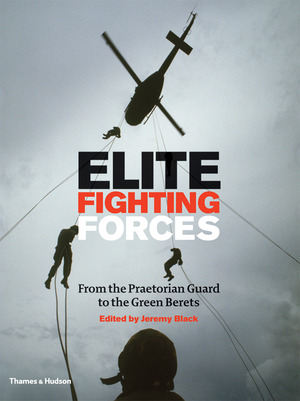 The most authoritative and up-to-date account available on special forces in history, with texts by noted military historians.

Many of the most famous fighting forces in history have been elite units, trained and equipped for particular tasks, whether as imperial guards, shock troops, fighter pilots, or behind-enemy-lines special forces. This highly illustrated survey covers fifty-two such units, from the Persian Immortals of 2,500 years ago to the Delta Force and Green Berets today.

These forces are distinguished by:
• a willingness to fight to the death (the 300 Spartans at Thermopylae; the Knights of Malta)
• a spearhead role (Alexander the Great’s Companion Cavalry; the Mongol Keshik; the Aztec Military Orders)
• specialist skills and endurance (Edward III’s longbow men; Navy Seals)
• reliability and loyalty to a leader or cause (the Zulu Impis; Mosby’s Rangers in the Civil War)

Each profile lists important dates and includes a key battle and quotations from contemporary sources. The wide range of illustrations includes battle scenes and special uniforms and insignia.