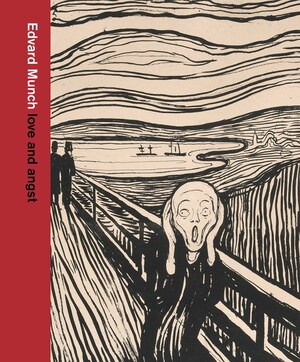 A remarkable examination of Edvard Munch’s prints, which were central to his creative process and established his reputation as an artist.

Edvard Munch (1863–1944), one of the most famous expressionist artists, is best known for The Scream. However, this was just one of the many haunting depictions of raw human emotion, which he fully developed in highly sophisticated prints.

Munch’s youth was marked by sickness and poverty, and his early works centered around the expression of deep emotional experiences, specifically the deaths of his mother and teenage sister, as well as passionate yet unhappy love affairs of which his deeply religious father disapproved. Experimental and innovative, the style that Munch developed was a radical deviation from the nature of the society portraits and grand Scandinavian landscapes then in vogue. Continually revisiting the subjects of his paintings, Munch evoked a wide range of emotion and mood in his prints and strikingly large lithographs, partly by using an innovative jigsaw technique in his woodcuts that produced a wide variety of color and tone.

Featuring an interview with Norwegian writer Karl Ove Knausgaard, Edvard Munch: love and angst, published 75 years after the artist’s death, will shed light on the imagery and production of some of Munch’s most intriguing, often overlooked prints.

Giulia Bartrum is Curator of German Prints and Drawings at the British Museum.