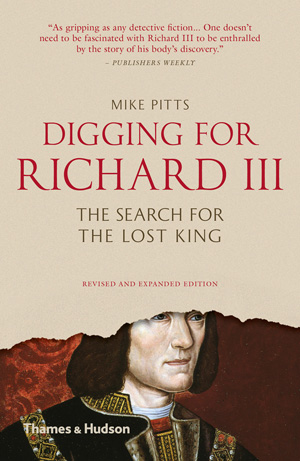 "As gripping as any detective fiction. Proof that one doesn't need to be fascinated with Richard III to be enthralled by the story of his body's discovery." —Publisher's Weekly

In August 2012 a search began, and on February 4, 2013, a team from Leicester University delivered its verdict to a mesmerized press room and to the world: they had found the remains of Richard III, whose legacy was perhaps the most contested of all British monarchs.

Prior to this major discovery, there had been little new information about Richard III for some time. With no new evidence to fuel it, the debate over what kind of man he might have been seemed to have stalled. Thus the story of the discovery of Richard III is a story of the value of archaeology—careful analysis of physical evidence backed up by the latest science and technology—and how it can change our understanding of history. Firsthand accounts from the team that found the king, along with photographs from the author’s own archives and an expanded epilogue incorporating new DNA evidence, augment this compelling detective story as the evidence is uncovered.

Mike Pitts has been the editor of British Archaeology, Britain’s leading archaeology magazine, for over fifteen years, following and reporting on an extraordinary number of discoveries and scientific breakthroughs. He is an award-winning journalist and archaeologist who has researched subjects ranging from Easter Island to Stonehenge.