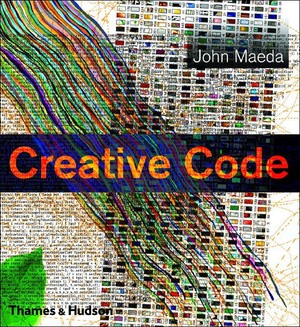 A rich compilation of work by some of the most inventive minds in the field of digital design.

John Maeda, probably the most important digital designer, educator, and artist working today, created a sensation with maeda@media (2000), which documented his complete oeuvre and laid out his belief in the importance of designers understanding the computer as a medium, not just a tool.

Maeda's work as an educator and director of the Aesthetics + Computation Group (ACG) at the MIT Media Lab has largely remained behind the scenes. For seven years, Maeda and his students—several of whom are already internationally celebrated—have created some of the most digitally sophisticated and exciting pieces of design to emerge anywhere. Little of this research has been seen outside the laboratory.

Deftly bridging the chasm between art and science, John Maeda, a true pioneer in the digital realm, leads the way to a greater understanding and richness of experience.

John Maeda is director of the Aesthetics and Computation Group at the MIT Media Lab. Maeda@media, his first major monograph, was published by Thames & Hudson.

Red Burns is chair of the Interactive Telecommunications Program at New York University and the recipient of the 2002 Chrysler Design Award.