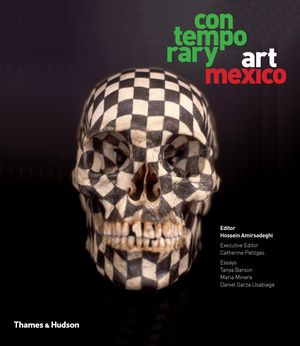 An essential read for anyone intrigued by the formidable and diverse scene emerging in Mexico today.

Mexico has one of the richest, most complex cultural traditions in Latin America, with roots extending deep into ancient Mesoamerican culture. It should therefore come as no surprise that it is at the forefront of the global contemporary art scene. Mexicans began, in 1910, a violent struggle that stretched over two decades and which irretrievably changed their country’s identity. This checkered history has expressed itself vividly in Mexican art, beginning with the internationally renowned and politically charged muralist movement and continuing up to the present day. This renewed focus is turning Mexico into a magnet for international artists, curators, and galleries, who are starting to settle there.

Contemporary Art Mexico highlights 110 of the most prominent players, including seventy artists and forty personalities and institutions. Featured artists include such older-generation figures as Graciela Itrubide and Eduardo Terrazas; hugely influential figures from the 1990s such as Gabriel Orozco, Teresa Margolles, and Melanie Smith; and such emerging talents as Edgardo Aragón, Inaki Bonillas, and Marco Rountree Cruz. Leading commercial galleries, curators, collectors, and other key cultural figures are also featured, as well as critical essays by foremost critics and art historians.

An excellent addition to the literature on both Latin American and international arts.