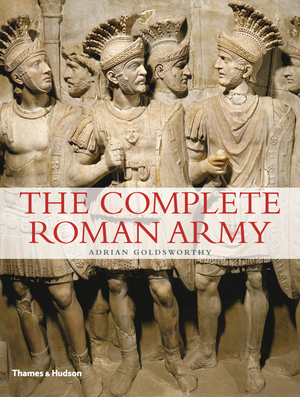 “An outstanding general study of the Roman military system. . . . The best one-volume treatment of the subject now in existence.”—Historian

The Roman army was one of the most successful fighting forces in history. Its organization and tactics were highly advanced and were unequaled until the modern era. Spectacular monuments to its perseverance and engineering skill are still visible today, most notably Hadrian’s Wall and the siegeworks around the fortress of Masada.

This book is the first to examine in detail not just the early imperial army but also the citizens’ militia of the Republic and the army of the later Empire. The unprecedented scope and longevity of Roman military success is placed in the context of ordinary soldiers’ daily lives, whether spent in the quiet routine of a peaceful garrison or in arduous campaign and violent combat. Key battles and tactics are described, and there are brief biographies of the great commanders.

Drawing on archaeology, ancient art, and original documentary sources, this book presents the most convincing history ever published of the Roman army.

If you or someone you love has an interest in Rome, ancient history, or military history, this would make an excellent gift come Christmas.

Adrian Goldsworthy is an English historian whose publications include The Roman Army at War: 100 BC-AD 200, The Complete Roman Army, Roman Warfare, The Punic Wars, and Cannae.