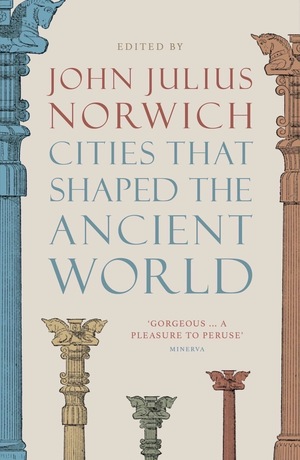 The cities of the ancient world built the foundations for modern urban life, their innovations in architecture and politics essential to cities as we know them today. But what was it like to live in Babylon, Carthage, or Teotihuacan?

From the first cities in Mesopotamia to the spectacular urban monuments of the Maya in Central America, the cities explored in Cities That Shaped the Ancient World represent almost three millennia of human history. Not only do they illustrate the highest achievement of the cultures that built them, but they also help us understand the rise and fall of these ancient peoples. In this new compact paperback, eminent historians and archaeologists with first-hand knowledge of each site give voice to these silent ruins, bringing them to life as the teeming, state-of-the-art metropolises they once were.

Gorgeous …a pleasure to peruse.

John Julius Norwich was the author of more than twenty books, including the New York Times bestseller Absolute Monarchs and The Great Cities in History. He began his career in the British foreign service, but resigned his diplomatic post to become a writer. He was a chairman of the Venice in Peril Fund and the honorary chairman of the World Monuments Fund. John Julius Norwich died in 2018.