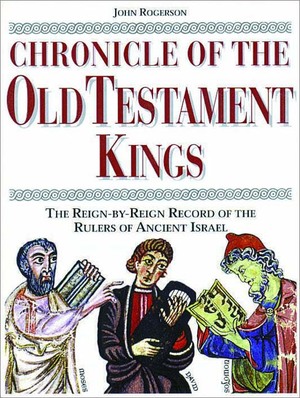 The story of ancient Israel's rulers, from Abraham to Herod, encompasses some of the greatest events and most powerful personalities in history.

Covering a span of 1,500 years, Chronicle of the Old Testament Kings charts all the leaders of Israel from the Ancestors—the physical and spiritual founders of the nation—through the united monarchy under David and Solomon, to the destruction of Jerusalem by Nebuchadnezzar, Persian and Greek rule and, finally, Roman domination. Chronicle of the Old Testament Kings searches through the mists of tradition to reveal the historical figures behind familiar names such as Moses, David, and Solomon. Did they exist? What is known about them? The rulers are placed in the context of their own world and brought vividly to life, complete with their outstanding feats and their equally notable failings. We are also introduced to less-known but fascinating figures, such as Ahab and his Ivory House; Hezekiah, who withstood the might of the Assyrians; and Judas Maccabeus, who restored Jewish independence. Although leaders of a people dedicated to God, they frequently lapsed into morally questionable behavior, resulting in criticism and censure from Prophets such as Isaiah, Jeremiah, Ezekiel, and Elijah.

Key features of the book include:
• data files for every ruler, listing important information such as the meaning of their names, their lineage, wives, and children, and Bible references;
• portraits of rulers, genealogical trees, full-color maps, and illustrations taken from a huge range of sources;
• special features, including the Exodus, the Philistines, the Exile, Solomon's Temple, and the Dead Sea Scrolls;
• timelines providing at-a-glance visual guides to reigns and events.