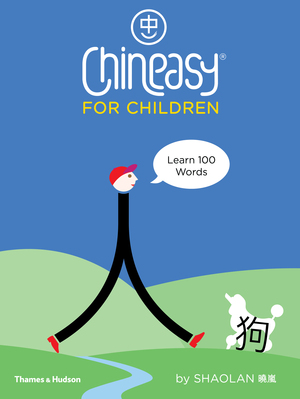 The simple, super-smart way for children to learn their first 100 Chinese words

A lively introduction for children to written Chinese, Chineasy® for Children makes learning Chinese fun and simple. The book features playful illustrations by Noma Bar that relate each character’s shape to its meaning, alongside games and activities to make learning interactive.

Introductory spreads explain how Chinese is written in pictograms—characters form building blocks for other words and sentences. Subsequent spreads feature lively scenes that help children to recognize over 100 Chinese characters. The book is organized by themes such as numbers, family, animals, and food, each section covering vocabulary within that topic. Stories about the development of characters and customs provide the perfect introduction to Chinese culture, while games and activities allow children to put into practice what they have learned. The book also features a picture library of characters for avid linguists to memorize as well as guidance on Mandarin pronunciation.

ShaoLan is an entrepreneur, author, and a strong believer in lifelong learning. She is the bestselling author of Chineasy, Chineasy Everyday and Chineasy for Children and has also written bestselling books on software. She lives in London.