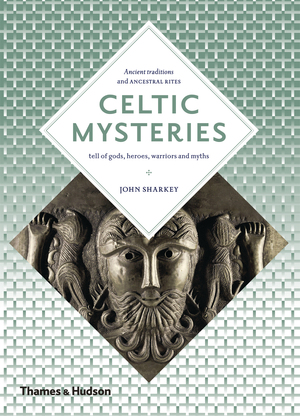 With more than 2,000,000 copies sold in more than a dozen languages, the Art & Imagination series provides illustrated introductions by distinguished writers and scholars to the worlds of mythology, symbols, and sacred traditions.

The last tribal culture in Europe was that of the Celts, whose landscape and traditions echo ancient symbols of death and rebirth. The Celtic religion relies on oral history, maintaining its laws and tribal teachings through shared memory. The Mysteries begin in the frenzy of battle, where the hero is transfigured and the god appears; or in a ghostly circle of stones left by an unknown people; or in the mystic center of the Celtic cross; or in the stone heads of Gaul and Ireland, which face both ways.

John Sharkey is an author, artist, and researcher into Celtic ancient history, spirituality and archaeology. He lives in the UK.