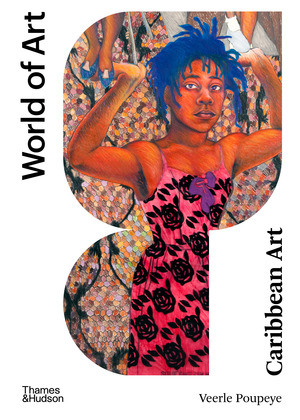 An updated and expanded edition of this classic, illustrated survey of Caribbean art, featuring the work of over 100 artists from the period of colonialism to the present day.

The Caribbean is made up of more than twenty countries, each with its own identity. Yet fascinatingly, there are significant cultural commonalities despite geographic, ethnic, linguistic, and political diversity. A mixture of African, Amerindian, Asian, and European origins define the remarkable Caribbean culture, which, from the period of colonialism to the present, has also witnessed a massive diaspora.

Caribbean Art examines the diverse and highly accomplished work of Caribbean artists, whether indigenous or from the diaspora, popular or “high” culture, rural or urban based, politically radical or religious. This expanded edition with a new preface has been updated to reflect and address fundamental challenges to traditional art-historical practice and its foundational connections to histories of colonialism, Eurocentricity, and race. This is explored further in two new chapters focused on public monuments linked to the history of the Caribbean, and the intersections between art and tourism, raising important questions about cultural representation.

Caribbean Art features the work of internationally recognized artists such as Jean-Michel Basquiat, Sonia Boyce, Christopher Cozier, Wifredo Lam, Ana Mendieta, Ebony G. Patterson, Hervé Télémaque, and more than one hundred others, working across a variety of media including performance, photography, and film. This new edition makes an important contribution to the understanding of Caribbean and postcolonial art and its context, in ways that invite productive conversation and encourage further explorations on the subject.

Veerle Poupeye is a Belgian-Jamaican art historian, curator, and critic. Previously executive director of the National Gallery of Jamaica, she now lectures at the Edna Manley College in Kingston, Jamaica, where she is based. She has written books, articles, and exhibition catalogue essays on Jamaican and Caribbean art and culture and contributed to the journalsSmall Axe, Jamaica Journal, Caribbean Quarterly, and the New West Indian Guide.