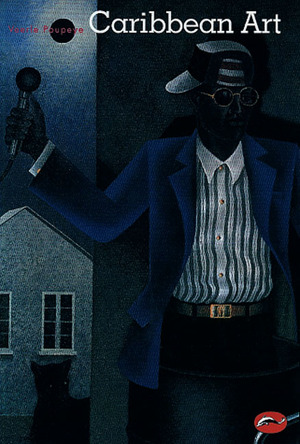 The complex and colorful world of Caribbean art reflects the region’s African, European, Asian, and native heritage. Despite the ethnic, linguistic, and political diversity of Caribbean artists, there is a cultural unity in their work that distinguishes it in the larger context of North American and Latin American art. Following a discussion of the pre-Columbian and colonial eras, the author describes how pioneering national art movements in the first half of the twentieth century helped to define an indigenous aesthetic, and how revolution, anti-imperialism, and race-consciousness in the turbulent sixties and seventies affected the face of art. There is a strong relationship between Caribbean popular culture and art, and the book explores the importance of African-Caribbean religions such as Voodoo, Santaria, and Rastfarianism, as well as the influence of Trinidad carnival, the Junkanoo masquerade of the Bahamas, and similar traditions. This wonderfully illustrated survey covers a wide range of artists who have lived and worked in the Caribbean, as well as those who have left the islands but whose background plays a significant role in their work, providing a compelling look at a great body of original and imaginative art.

Veerle Poupeye is a Belgian-Jamaican art historian, curator, and critic. Previously executive director of the National Gallery of Jamaica, she now lectures at the Edna Manley College in Kingston, Jamaica, where she is based. She has written books, articles, and exhibition catalogue essays on Jamaican and Caribbean art and culture and contributed to the journalsSmall Axe, Jamaica Journal, Caribbean Quarterly, and the New West Indian Guide.