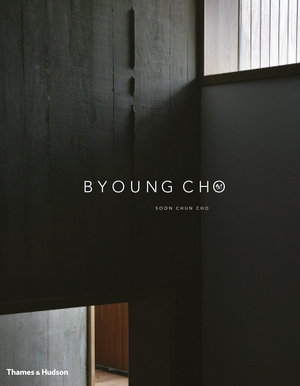 “Cho’s work . . . exudes a dramatic sense of timelessness—as though it were built centuries ago.” —Dwell

Widely considered Korea’s most important architect, Byoung Cho has created iconic buildings, art and cultural centers, schools, health facilities, and residences in Korea, Malaysia, Japan, and the United States. He is the recipient of Korea’s major architectural awards and has been a visiting lecturer at Harvard and Columbia universities.

Influenced by Korea’s rich aesthetic tradition, Cho uses understated forms to design buildings that offer powerful yet subtle experiences for their inhabitants. This exquisitely designed book—the first on Byoung Cho in English—features the architect’s most acclaimed projects, including Twin Tree Towers (2010), his iconic buildings located adjacent to the royal Gyeongbok Palace in Seoul, which embody Cho’s fascination with the relationship between ancient history and modernity.

Explore[s] the aesthetic sensibilities of a man considered to be Korea's most important architect.

Inked sketches are paired with color photographs to reveal Cho's stringent and supple exteriors, as well as his austere and minimal interiors.

Soon Chun Cho (no relation to Byoung Cho) is a curator and artist based in New York and Seoul. Her previous books include The Color of Nature: Monochrome Art in Korea.