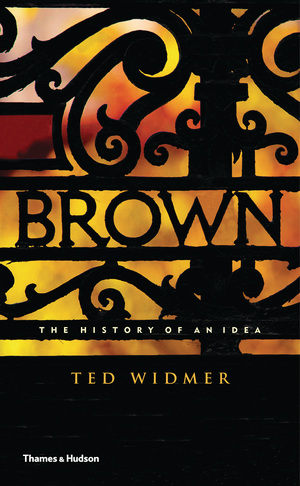 An eloquent illustrated history of one of America's greatest universities

Founded in 1636, essentially as a refuge for outcasts from Massachusetts, the colony of Rhode Island was unusually open-minded, leading Massachusetts Puritan Cotton Mather to refer to it as “the latrina [or sewer] of New England.” The sixth of the Ivy League universities to be founded, in 1764, Brown accepted students early on regardless of religious affiliation, and in 1969 adopted a student-proposed “New Curriculum,” allowing students to structure their education with relative freedom.

Over the last two and a half centuries, the university and its graduates have played a notable role in numerous defining moments in the American story, from the legacy of slavery (one of the founding Brown brothers was a leading abolitionist, the other an “ardent defender and slave trader”), to the Industrial Revolution and education reform. Although there are plenty of prominent names—among them Horace Mann, John D. Rockefeller, Jr., Janet Yellen, and Edwidge Danticat—woven throughout, Widmer’s is a more ambitious account that weaves its threads into a variegated history of how a university can both mirror and spur the wider culture around it.

[A] sleek, photo-rich volume…Widmer writes with grace and verve…Perhaps Widmer's greatest success is to link Brown to its Baptist, anti-authoritarian roots, firmly established in Rhode Island by Roger Williams.

Ted Widmer has been at Brown since 2006 as Assistant to the President for Special Projects at Brown University and the Beatrice and Julio Mario Santo Domingo Director and Librarian of the John Carter Brown Library. From 2012 to 2013, he was a senior adviser to Secretary of State Clinton. He has written many works of history, including Martin Van Buren and American Speeches (Library of America).