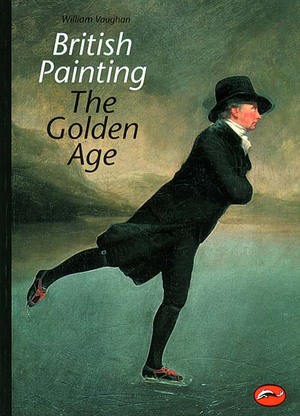 From Hogarth's first works around 1730 to the death of Turner in 1851, Britain's status as an artistic nation was dramatically transformed.

Hogarth himself brought modern life into painting and treated it with high moral seriousness disguised as satire. Ramsay, Reynolds, Gainsborough, and Lawrence revolutionized portraiture, introducing a new authority and sensibility. The unconventional genius of Blake gave form to a unique mystic vision, while Constable explored nature in a new manner, encouraging developments that were to lead to Impressionism. Finally, Turner took painting into a realm of sublime grandeur, expressing the age of Romanticism as vividly as Byron, Shelley, and Keats were doing in poetry. William Vaughan analyzes the class structure and political background that made British art so distinctive. Using up-to-date research and critical theory, he shows us the colorful world of the eighteenth and nineteenth centuries, when British art was richer and more influential than at any time before or since.