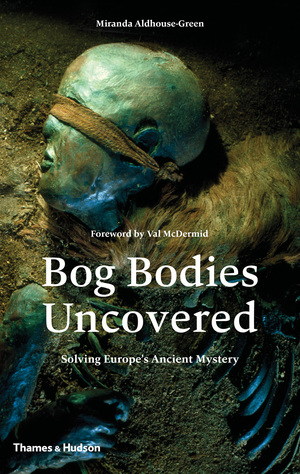 The grisly story of the bog bodies, updated via details of archaeological discovery and crime-scene techniques

Some 2,000 years ago, certain unfortunate individuals were violently killed and buried not in graves but in bogs. What was a tragedy for the victims has proved an archaeologist’s dream, for the peculiar and acidic properties of the bog have preserved the bodies so that their skin, hair, soft tissue, and internal organs—even their brains—survive. Most of these ancient swamp victims have been discovered in regions with large areas of raised bog: Ireland, northwest England, Denmark, the Netherlands, and northern Germany. They were almost certainly murder victims and, as such, their bodies and their burial places can be treated as crime scenes. The cases are cold, but this book explores the extraordinary information they reveal about our prehistoric past.

Bog Bodies Uncovered updates Professor P. V. Glob’s seminal publication The Bog People, published in 1969, in the light of vastly improved scientific techniques and newly found bodies. Approached in a radically different style akin to a criminal investigation, here the bog victims appear, uncannily well-preserved, in full-page images that let the reader get up close and personal with the ancient past.

This work excels in drawing the reader into the story…An exquisite example of writing and investigation [that] contributes a wealth of information and a scientific approach to presentation of data and discussion, and offers an updated and in-depth treatise on the growing body of knowledge on preserved human remains recovered from the peat bogs of northern Europe.

Celtic specialist Aldhouse-Green reviews the discoveries of well-preserved human bodies in the wetlands of the British Isles and northern Europe. She concentrates on the forensic evidence, which allows scholars to give some meaning to these curious examples of isolated, violent death and seemingly impromptu burial in swamps. Well illustrated, this volume will attract wide readership. Highly recommended.

A real-life forensic thriller revealing the secrets of ancient and modern bodies preserved in bogs—some for nearly 3,000 years…Aldhouse-Green relies on her archaeological expertise and knowledge of Celtic myths, along with accounts of ancient authors on barbarian rituals, to ponder 'the million-dollar question: whether human sacrifice was behind some or all of the Iron- and Roman-period bog deaths.' An intriguing window into the past.

Miranda Aldhouse-Green is Professor of Archaeology at Cardiff University. She has published widely on the Celts, including for Dictionary of Celtic Myth and Legend, Exploring the World of the Druids, and The Celtic Myths.