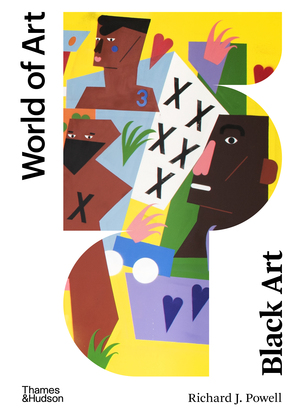 This groundbreaking study explores the visual representations of Black culture across the globe throughout the twentieth century and into the twenty-first.

The African diaspora—a direct result of the transatlantic slave trade and Western colonialism—has generated a wide array of artistic achievements, from blues and reggae to the paintings of the pioneering American artist Henry Ossawa Tanner and the music videos of Solange. This study concentrates on how these works, often created during times of major social upheaval and transformation, use Black culture both as a subject and as context. From musings on “the souls of black folk” in late-nineteenth-century art to questions of racial and cultural identities in performance, media, and computer-assisted arts in the twenty-first century, this book examines the philosophical and social forces that have shaped Black presence in modern and contemporary visual culture.

Now updated and expanded, this new edition helps to better understand how the first two decades of the twenty-first century have been a transformative moment in which previous assumptions about race and identity have been irrevocably altered, with art providing a useful lens through which to think about these compelling issues.

Excellent artists' profiles, lots of reproductions, and illuminating and original discussions of the social and cultural contexts and implications

Richard J. Powell is the John Spencer Bassett professor of art & art history at Duke University, Durham, North Carolina, where he has taught since 1989. His publications include: The Blues Aesthetic: Black Culture and Modernism, Cutting a Figure: Fashioning Black Portraiture, Going There: Black Visual Satire, and Homecoming: The Art and Life of William H. Johnson.