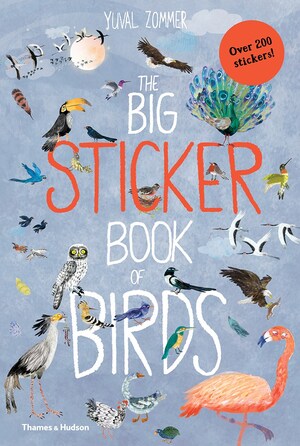 This book has over two hundred stickers and is filled with fun facts and activities centered around birds.

Drawing from Yuval Zommer’s hugely popular, fact-filled The Big Book of Birds, this jam-packed sticker activity book brings the avian world alive in a creative way. Taking fascinating facts as its starting point, activities invite children to draw, color, and play games with birds from around the world—creating an interest in nature as they play.

Yuval Zommer’s rich illustrations illuminate some of the quirkiest creatures in the animal kingdom. The Big Sticker Book of Birds features over two hundred fantastic stickers for children to use in their drawings and to complete games and puzzles.