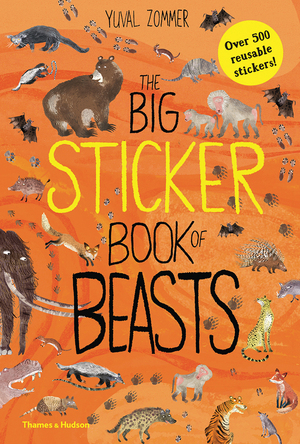 Based on The Big Book of Beasts, this endlessly entertaining activity book brings the world of beasts alive in a creative way. With fascinating facts as a starting point, the activities invite children to draw, color, and decorate beasts into their natural habitats, as they engage with the information as they play.

The book includes stickers and activities relating to over fifteen different animals and at its center features eight pages packed with more than 500 reusable stickers printed on clear backing, so the animals blend seamlessly into their surroundings.

Yuval Zommer’s rich illustrations characterize some of the quirkiest creatures in the animal kingdom, inspiring creative thinking while also bringing alive the facts on which each activity is based.