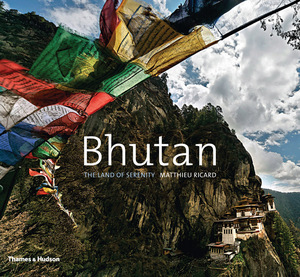 Tucked away between China and India in the heart of the Himalayas, Bhutan remains a uniquely distinct country. Few photographers have been granted permission to reside in this long-inaccessible kingdom, now a democracy, where life quietly unfolds to the rhythm of traditions amid the magnificent, unspoiled landscape. Matthieu Ricard, a monk and photographer, spent eight years in Bhutan with Dilgo Khyentse Rinpoche, a revered Tibetan Buddhist master, and has continued to return to the “land of the thunder dragon” throughout his life, discovering on each occasion another of its invaluable treasures. His experiences are recorded here in this exceptionally beautiful book, a voyage to the heart of Bhutan, a land where spirituality and daily life are intimately linked.

The Dalai Lama’s French interpreter since 1989, Matthieu Ricard lives in the Shechen Monastery in Nepal.