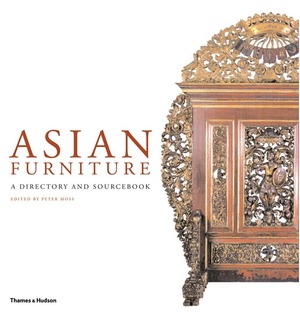 An attractive overview and peerless reference source on Asian furniture design through the centuries.

Western-style furniture was a relatively late arrival in Asia, where climates and lifestyles were markedly different from those in Europe. But colonial incursions and the exigencies of history conspired to bring about profound changes, and furniture design in Asia blossomed into a major decorative art.

Each of the eight countries covered here--China, India, Indonesia, Japan, Korea, Thailand, Tibet, and the Philippines--developed its own particular designs, as unmistakably distinctive as its flag or anthem. Rather than simply succumbing to practical necessities, Asian designers created pieces of furniture as works of art. Today these diverse pieces are treasured by collectors worldwide, from Manhattan lofts to Parisian apartments, as well as in the countries where they originated.

The examples featured in this book were drawn from private collections, antique dealers, and museums around the world, and are organized by country and then by type: chairs, armoires, tables, chests, and more. Each piece has been specially photographed and isdescribed in detail, and the relations between the various periods and styles are explored. The texts have been written by experts from the eight countries represented here.