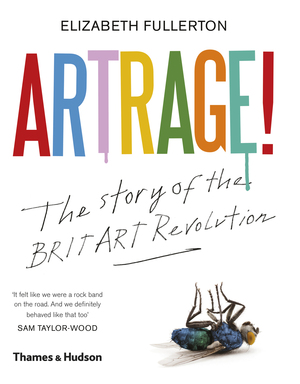 The first definitive account of the groundbreaking Young British Artists, from their dramatic arrival in the late 1980s through the disbanding of the group and beyond

The Young British Artists (YBAs) stormed onto the contemporary art scene in 1988 with their attention-grabbing, ironic art. Both dismissed as trivial gimmickry and praised for its witty energy, their art made an indelible mark on the art scene and on public consciousness, still visible today.

Brit Art tells the story of the YBAs, chronicling the group’s rise to prominence from the landmark show Freeze curated by Damien Hirst in the late 1980s, through the heyday of the 1990s and the notorious Sensation exhibition, to the Momart fire of 2004 that seemed to symbolize the group’s fade from center stage. A postscript reveals where they are now, with an overview of each artist’s career in the last decade.

Drawing on interviews with all the key Brit Art players, as well as extensive archival research, Elizabeth Fullerton examines the entire cast of characters, as well as crucial events and seminal artworks. She considers, too, the political, economic, and artistic context of those twenty years the group was most active. Among the artists discussed are Damien Hirst, Rachel Whiteread, Tracey Emin, Jake and Dinos Chapman, Sarah Lucas, and Gary Hume.

Elizabeth Fullerton is an art historian. Her articles have appeared in many international publications, including the Financial Times, the Independent, the Washington Post, the Sydney Herald, and ARTnews.