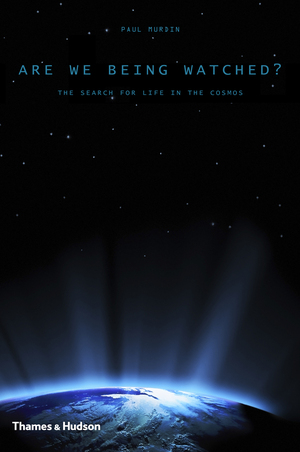 There is no more fascinating question than whether or not we are alone in a vast universe. Here, Paul Murdin applies the latest scientific discoveries and theories to inquire whether life exists on other planets and, if so, what forms it might take. Could there be somewhere life as advanced as here on Earth, or are we more likely to find primitive life-forms? Or are we the sole living organisms in a desolate and boundless cosmos?

Professor Murdin invites us to join him in exploring an extraordinary array of evidence to determine if there is life elsewhere in the cosmos. He examines the case for life on Mars and Europa and asks whether on Enceladus or Titan we might find the “warm little” pond that Darwin speculated was where life began here on Earth. Describing the cosmic habitats that produce the alien worlds of our solar system and others, he examines the chances of finding life and the prospects for successful communication with an extraterrestrial intelligence.

A good summary of this intriguing topic…Recommended.

Murdin's enthusiasm is palpable throughout, and he manages to inform without boring knowledgeable readers or dumbing it down for lay folk.

Paul Murdin is a professor emeritus at the University of Cambridge’s Institute of Astronomy. Since 1963, he has been a research scientist studying supernovae, black holes, and neutron stars; an observatory administrator; and a science policy maker for the British government and the United Kingdom’s Royal Astronomical Society. In a parallel career, he is a broadcaster and commentator for the BBC and CNN and is identified as the co-discoverer of the first stellar black hole found in our Galaxy, Cygnus X-1.