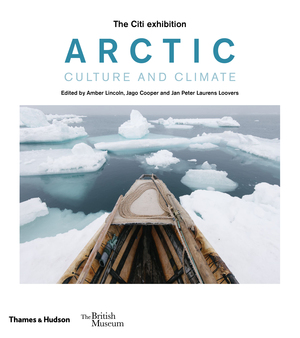 From the origins of the Arctic to its contemporary life, this book is an intriguing survey of human achievement in a place relatively unknown to the rest of the world.

For more than 25,000 years, Arctic peoples have made warm and hospitable homes in diverse and innovative ways out of ecosystems of ice. For the first time in their long history, however, Arctic communities are facing the real possibility that the foundations of their way of life—sea ice and permafrost—will soon disappear.

Published to coincide with a major exhibition at the British Museum, Arctic: culture and climate presents the history of the Arctic through the lens of climate and weather, and features a variety of fascinating objects, many of which are published here for the first time, including sealskin kayaks, drums used by shamans, traditional costumes, and contemporary art. This remarkable book explores the origins of Arctic peoples, early trade relationships between cultural groups, and relationships with animals, weather and their environments. It examines the strategies that indigenous people have used to deal with rapid transformations brought about by European explorations and colonial governments and sheds light on how these same strategies are being utilized today to mitigate the effects of global climate change.

Bringing together indigenous and non-indigenous interdisciplinary scholars, this book is an arresting insight into the ways of life and material culture of Arctic peoples.

Amber Lincoln is Curator of the Americas in the Department of Africa, Oceania and the Americas at the British Museum.

Jago Cooper is Head Curator of the Americas in the Department of Africa, Oceania and the Americas at the British Museum.

Peter Loovers is Project Curator for the Arctic exhibition at the British Museum.