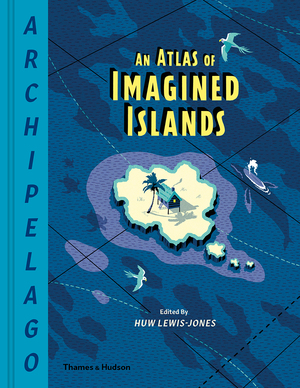 Celebrate the three-hundredth anniversary of Daniel Defoe’s Robinson Crusoe with this vibrant atlas in which an international gathering of illustrators conjure imaginary islands and castaway dreams.

What is it about islands that is so alluring, and why do so many people find these self-contained worlds irresistible? Utopia and Atlantis were islands, and islands have captured the imaginations of writers and artists for centuries. In 1719, Daniel Defoe published his tale of a castaway on a desert island, Robinson Crusoe, one of the first great novels in the history of English literature and an instant bestseller. Defoe’s tale combined the real and the imagined into a compelling creative landscape, establishing a whole literary genre and unleashing the power of islands in storytelling.

To celebrate the tercentenary of the publication of Robinson Crusoe, Archipelago presents a truly international range of leading illustrators who imagine they too have washed up on their own remote island. In specially created maps, they visualize what their island looks like, what it’s called, and what can be found on its mythical shores. In a panoply of astonishingly creative responses, we are invited to explore a curious and fabulous archipelago of islands of invention that will beguile illustrators, cartographers, and dreamers alike.