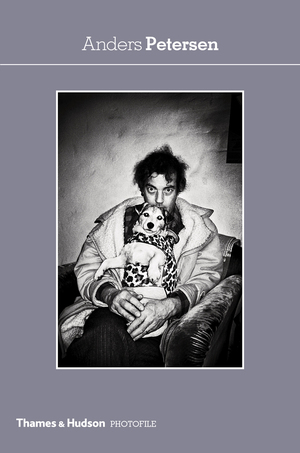 A new title in the accessible and affordable Photofile series

Born in Stockholm in 1944, Petersen studied photography under Christer Strömholm at his famous Fotoskalen from 1966 to 1968. He is perhaps best known for his book of reportage, Café Lehmitz, which was first published in 1978 and is now recognized as one of the classics of post-war European photography. In it, he captured a time and place now long gone —a bar on Hamburg’s Reeperbahn teeming with prostitutes, dropouts, and the fringe elements that went to make up a warm-hearted family of non-conformists with whom he identified. In 1970, he co-founded SAFTRA, the Stockholm group of photographers, and has since gone on taking photographs in his own unique fashion, following the rhythms of his own life.

Christian Caujolle studied in Paris with Michel Foucault, Roland Barthes, and Pierre Bourdieu. He worked as Picture Director at Libération before founding the VU’ photo agency in 1986.