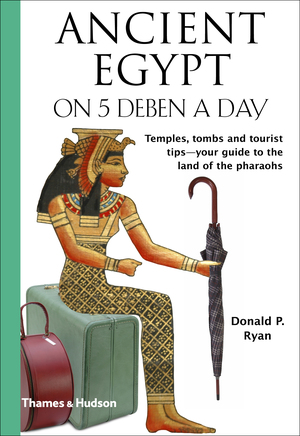 A time-traveler’s guide to sightseeing and survival in the land of the pharaohs.

It’s 1225 BC, and one of the mightiest pharaohs of them all, Ramesses II, rules a land that is both powerful and wealthy. Egypt is stunningly beautiful with a pleasant climate year-round, and if that alone isn’t a big enough draw for the time-traveler, the fruits of Egyptian civilization are plentiful and worthy of contemplation. Pyramids and temples to the gods abound, and colossal statues of Egypt’s divine rulers are seemingly everywhere.

The Egyptians, however, are not particularly fond of foreigners, and just getting to Egypt can be arduous. Here is the inside scoop on how to enter and travel through Egypt, conform to its customs and expectations, and appreciate its often mysterious culture. You’ll travel the Nile from north to south, stopping at such intriguing places as Memphis, Akhetaten, Abydos, and Thebes, where Egypt’s grand past and present unfold before you.

Egypt has long been a subject of broad popular interest, and this book provides an enjoyable glimpse of the ancient empire and its industrious people.

Advice for the traveler in ancient Egypt . . .

Donald P. Ryan is an Egyptologist and archaeologist who has spent more than twenty years excavating in the Valley of the Kings. He lives in Tacoma, Washington.