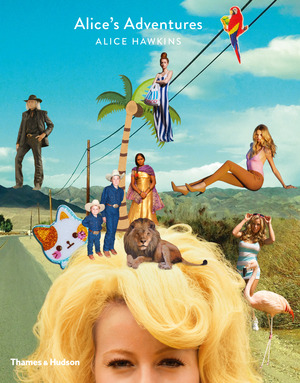 A trip around the globe with fashion photographer Alice Hawkins, capturing unique personalities in locales as far-flung as Texas, India, Nairobi, Cuba, and Jamaica

Displaying an uncommon flair for storytelling that imbues each image with a sense of wonder, Alice Hawkins’s work explores the importance of individuality, role play, dressing up, fantasy, and playfulness.

Her extended series of stylized “fashion portraits” from around the world question and ultimately celebrate beauty and the representation of the feminine outside of the mainstream. Her photographs for some of the world’s leading fashion magazines document the men and women Hawkins has encountered on “road trips” in far-flung locations, focusing on people she sees on the street or locals whose particular style or appearance she has sought out in lieu of fashion models’.

Intimate and eclectic, this book chronicles Hawkins’s creative process, from sketchbooks and behind-the-scenes Polaroids to final images. Organized by location and interspersed with short contributions from some of Hawkins’s key mentors and collaborators, Alice’s Adventures is a mesmerizing and highly original visual journey.

Alice Hawkins is a British photographer who graduated from Camberwell College of Art in 2002. Her work regularly appears in POP and LOVE magazine. She has also created editorial content for PonyStep, Vogue, Arena Homme+, SHOWstudio, Harpers Bazaar, and The Financial Times, and has shot campaigns for Agent Provocateur, Topman, Tommy Hilfiger, and Diesel, among others.