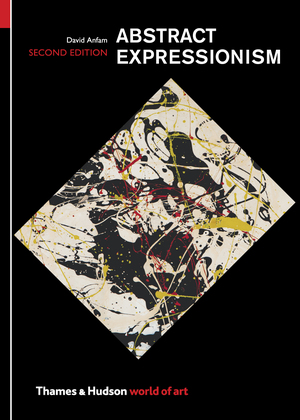 Curator and critic David Anfam’s crucial exploration of the Abstract Expressionist movement, updated to include scholarship of the past decade and a half

Abstract Expressionism is arguably the most important art movement since the Second World War. Because the images created by such leading figures as Jackson Pollock, Clyfford Still, Willem de Kooning, and Mark Rothko were so extraordinary, it is often thought to have been a revolution in painting only, but its radical spirit also encompassed David Smith’s sculpture and Aaron Siskind’s photography. With other key artists such as Barnett Newman and Franz Kline, this group was a nucleus united not just against the tensions of American society from the 1930s onward but also in its aim to forge a new visual language.

In this concise account, David Anfam examines the movement in terms of its political implications and cultural context, taking into account a wealth of recent scholarship on the subject and offering fresh insight into the works themselves.

David Anfam is a writer, curator, and leading authority on modern American art. His books include the catalogue raisonné Mark Rothko: The Works on Canvas, which won the 2000 Mitchell Prize for the History of Art, and Jackson Pollock’s Mural: Energy Made Visible.