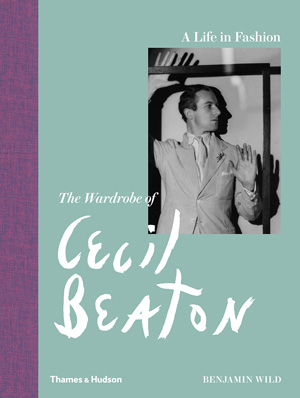 The first book to focus on the evolving wardrobe of Cecil Beaton, whose brilliant style is being celebrated afresh as classic tailoring comes back in vogue

When fashion photographer and costume designer Cecil Beaton died in 1980, it was not surprising that one of his tailors was telephoned with the news before Buckingham Palace, despite his close association with the Royal Family. From the moment he arrived at Cambridge University in 1922 wearing an evening jacket, red shoes, black-and-white trousers, and a large cravat, to his appearance nearly forty years later at Truman Capote’s Black and White Ball, Beaton expressed a flamboyant sartorial nonchalance. He had accounts with the best Savile Row tailors; he bought his shirts from Excello in New York; and his clothes from Lanz of Salzburg now reside, along with other elements of his wardrobe, in the Metropolitan Museum of Art, New York, and in the Victoria and Albert Museum, London.

A Life in Fashion is a lively and informative study of Beaton’s style, which kept evolving over the decades, driving and reflecting the transitions in men’s fashion that followed the Second World War. Drawing on unpublished records and interviews with Beaton’s former tailors, Benjamin Wild delightfully scrutinizes Beaton’s approach to fashion as well as his influence on designers such as Giles Deacon and Dries van Noten.

Many books record Beaton's sharp-eyed views of what other people wore; this one examines his own wardrobe as another legacy of the prolific photographer, designer, and writer. Using photographs, diaries, archival records from Beaton's tailors, items donated to museums or given to friends, and conversations with those who knew the man and his wardrobe well, fashion historian Wild analyzes Beaton's distinctive style alongside changes in 20th-century fashion. For fans of the man and his style.

Benjamin Wild is a Guest Lecturer at Condé Nast College of Fashion & Design in London and a leading authority on the history of fashion.

Tim Walker is a prize-winning photographer whose work appears regularly in the world’s best fashion magazines, including Vogue, Vanity Fair, W, Harper’s Bazaar, and Love. His work is held in the permanent collections of both the Victoria and Albert Museum and the National Portrait Gallery in London.