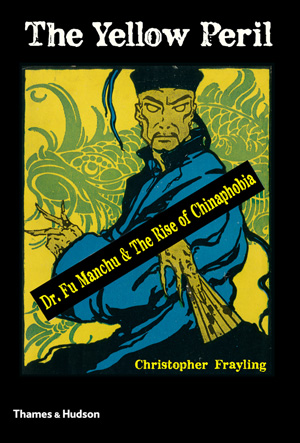 An entirely new perspective on current scaremongering about China’s global ambitions, and on the Western media’s ignorance of Chinese culture

A hundred years ago, a character who was to enter the bloodstream of 20th-century popular culture made his first appearance in the world of literature. In his day he became as well known as Count Dracula or Sherlock Holmes: he was the evil genius called Dr. Fu Manchu, described at the beginning of the first story in which he appeared as “the yellow peril incarnate in one man.”

Why did the idea that the Chinese were a threat to Western civilization develop at precisely the time when China was in chaos, divided against itself, the victim of successive famines and utterly incapable of being a “peril” to anyone even if it had wanted to be? Even the author of the Dr. Fu Manchu novels, Sax Rohmer, acknowledged that China, “as a nation possess that elusive thing, poise.”

And what do the Chinese themselves make of all this? Is it any wonder that they remember what we have carelessly forgotten-the opium wars; the “unfair treaties” that ceded Hong Kong and the New Territories; and the stereotyping of Chinese people in allegedly factual studies?

Here cultural historian Christopher Frayling takes us to the heart of popular culture in the music hall, pulp literature, and the mass-market press, and shows how film amplifies our assumptions.