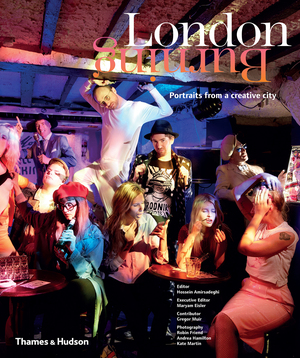 An exploration of the personalities, diversity, and pulsing energy that make London an international hub for creativity and innovation

Tracing the city’s sparking of change across architecture, cinema, theatre, literature, dance, fashion, media, music, technology, design, and the visual and culinary arts, London Burning also explores the dynamics that have always underpinned the city’s creative scene and the forces behind the city’s unique drive.

London Burning brings this powerful creative center to life through the eyes of its most influential and innovative denizens.

The book - which has been expertly edited by Hossein Amirsadeghi and features an essay by Gregor Muir, director of London's ICA - also gives insights on the tribal dynamics and unique drive that underpin the city's creative landscape.