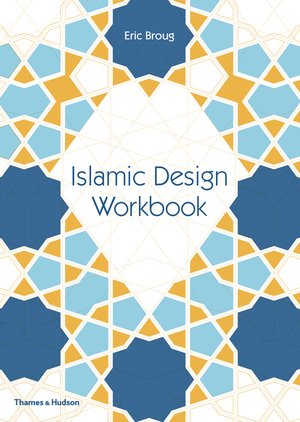 Building on the concept of a traditional coloring book, the Islamic Design Workbook opens up the world of intricate Islamic patterns, allowing designers and doodlers alike to learn about these works of art as they produce their own. With forty-eight Islamic geometric compositions from around the world to choose from, artists at all skill levels will relish the myriad opportunities to replicate these intricate patterns, or create their own. The workbook’s clever design invites the pattern-maker to consider a composition in the book, take a corresponding loose leaf from the back of the book, and figure out which sections of lines to trace to make the composition.

Readers will have the unique satisfaction of making patterns appear where previously none were visible. Compositions—including a mix of more familiar geometric compositions and those that have scarcely been documented—are categorized by region and have various levels of complexity, making it possible for beginners to get started and artists or designers to develop their skills. Compositions are sourced from Samarkand, Delhi, Fes, Isfahan, and Cairo, among many others.