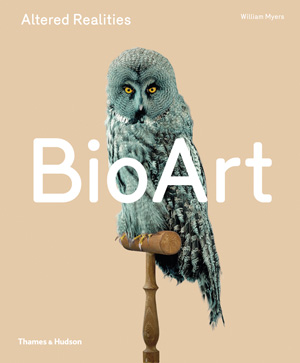 A visually striking, authoritative survey of the crossover between art and biotechnology by an expert in the field

In an era of fast-paced technological progress and with the impact of humans on the environment increasing, the concept of “nature” itself seems called into question. Bio Art explores the work of “bio artists,” those who work with living organisms and life processes to address the possibilities and dangers posed by biotechnological advancement.

A contextual introduction traces the roots of bio artistic practice, followed by four thematic chapters: Altering Nature, Experimental Identity and Mediums, Visualizing Scale and Scope, and Redefining Life. The chapters cover the key areas in which biotechnology has had an impact on today’s world, including ecology, biomedicine, designer genomes, and changing approaches to evolutionary theory, and include profiles of the work of sixty artists, collectives, and organizations from around the world. Interviews with eight leading bio artists and technologists provide deeper insight into the ideas and methods of this new breed of creative practitioners.

William Myers is a writer, teacher, and curator based in Amsterdam. He has worked for the Museum of Modern Art, the Smithsonian Cooper-Hewitt National Design Museum, the Guggenheim, and Genspace, the first community biotech lab in the United States. His writing has appeared in Metropolis magazine, The Architect’s Newspaper, and New York Magazine.